My Day in Richmond Fighting for Working Families and Public Education

Last week, I was in Richmond for the Virginia AFL-CIO annual legislative conference where members, labor leaders and affiliates came together to discuss and advocate for bills that are important to the labor movement. I went to make sure that Virginia lawmakers knew that Working America and its 95,000 Virginia members were standing in solidarity with the labor movement, supporting legislation that benefits working families. 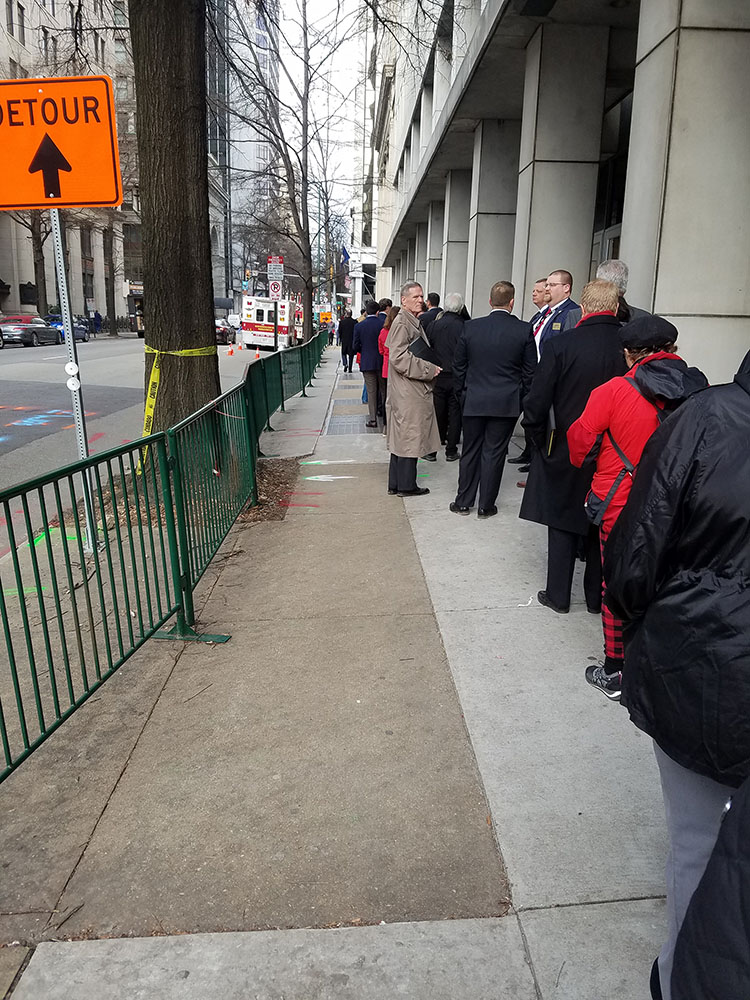 After learning about this year’s priority bills, we headed to the state capitol to ask state legislators if we could count on them supporting bills that fund our schools, grant workers access to paid family and medical leave, protect our federal employees and contractors, and give us the right to join a union at work.

The mood was intense — in a good way. The elevators were so packed with supporters in the Pocahontas building (a Virginia state government building housing legislators’ offices) that you had to take the stairs between each floor. No matter where you turned, people flooded offices and hallways.

And we weren’t the only ones voicing support for important priorities that day. After advocating for workers’ rights, I then I joined the “Red for Ed” march and rally, where thousands of educators, teachers and students across the commonwealth came to advocate bringing lawmakers together to fully fund schools. I’ve been to several rallies on the steps of the Capitol, and this was one of the largest I’ve ever attended. Folks spilled off the Capitol steps, chanting support for our teachers and students.

Though not all of our Working America members were able to join us at the lobby day or for the “Red for Ed” march and rally, we made sure to tell our members that we were representing them at the state capitol on Monday. We also asked our members to call their state legislators to show that we stand in solidarity with the VA AFL-CIO and to sign a petition showing support for increased education funding.

I learned from my day in Richmond that working people in Virginia are ready for and energized by the possibility of this change. Looking ahead to the rest of 2019, I’m excited to have our Working America members engaged and standing in solidarity for the fight to better the lives of working people in Virginia. If we work to hold our leaders accountable and advocate for better working conditions for the working-class, then I think we can pass legislation that supports education and working folks in Virginia.

Phaedra Jackson, deputy campaigns director for Working America, has been with the organization since 2015. A native Texan, Phaedra joined as state director, based in Houston. She has spent the last decade working in the progressive movement, including serving as national field director for Rock the Vote and organizing African-American communities with Battleground Texas. Phaedra has a dual degree in theater and political science from Southwestern University. She lives in Washington, D.C., and is a dedicated baker.

Report Finds Iowa Swing Voters Still Open to Trump and Democratic Base Voters Worried about 2020, a Concern for Democrats