Campaigning for good jobs in Ohio

In late April, a group of Working America members in Columbus, Ohio came together to campaign for good jobs and to hold our elected leaders accountable.

In just six weeks, they have marched to strengthen our rights at work, delivered letters to protect funding in the Ohio state budget for our public schools and joined events to tell our senator, Rob Portman, to come talk to us about health care.

Here’s a round-up of some of the work the Central Ohio Community Action Team has been doing. 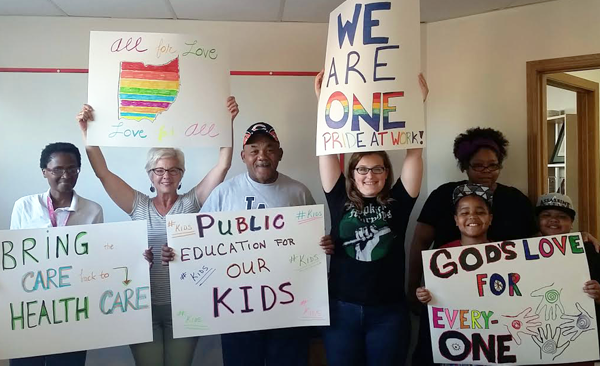 Each Monday, we get together to spent a short time working on a different action — writing letters, making calls — we believe that many small actions add up to make big change. 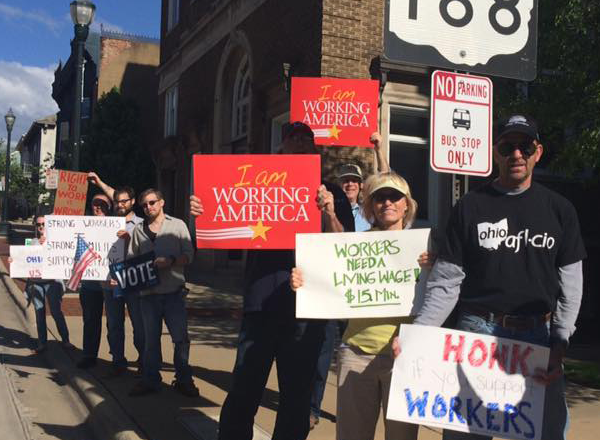 On May 1, the international day for working people, we had a presence in both central Columbus and Lancaster. In one event in Lancaster, we protested Rep. Steve Stivers to remind him to respect people’s rights at work. 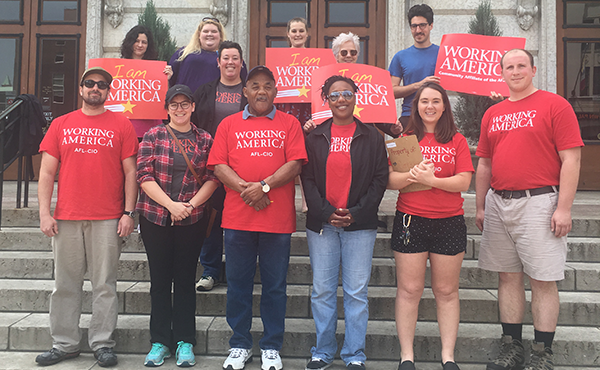 We hand-delivered more than 1,200 constituent letters to our state representatives. The letters covered crucial issues for working people such as ensuring we get a fair state budget, protecting funding for our public schools and making sure the wealthiest Ohioans pay their fair share to protect our services. 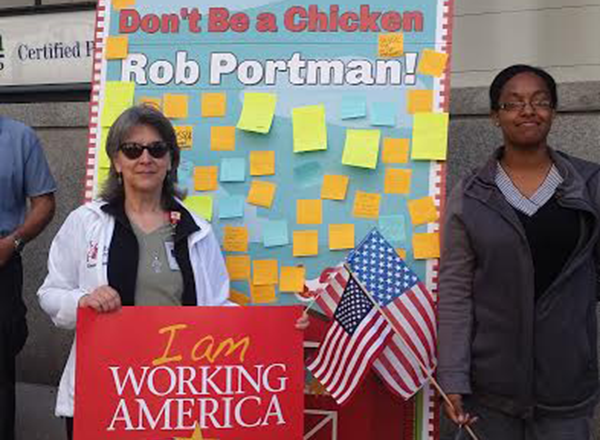 We’ve sent Sen. Portman letters and postcards and attended many rallies outside of his Columbus office. It’s unacceptable that Portman won’t hold public town hall meetings with his constituents, when the Senate could vote on the TrumpCare proposal to repeal ObamaCare any day now.

Help us grow - we’d love to see you

If you are in the Columbus, Ohio area, and would like to get more involved, fill out this form and we'll get back to you.