The story of the American economy over the past several decades is a story of corporations, CEOs, and investors – aided and abetted by politicians reliant on their money – rigging the rules of our economy to enrich themselves at the expense of everyone else.

And working people know it. Working America recently conducted a project in Minnesota, where we spoke with working people about their jobs and the nature of work in today’s economy.

We held front-porch conversations with people from across the political spectrum - Republicans, Democrats, and independents. While people had a wide variety of beliefs about how to improve the lives of working people, one common theme emerged – corporations have grown too powerful and greedy.

When asked about negative changes in the economy in the past decade, Anne, a St. Paul resident, said, “The crazy rise of corporate greed and their non-interest in improving the lower class.”

The recent Republican tax bill offers an example of what Anne talked about, and the problems that arise when corporations prioritize shareholders over workers.

What are corporations doing with their windfall?

Companies have made $436.6 billion worth of stock buybacks, blowing away the previous record of $242.1 billion, set in 2017. Rather than raising wages or hiring more workers, companies are juicing their own stock prices to reward CEOs and investors. It’s worth noting that stock buybacks were illegal until the Reagan presidency.

In another conversation on corporate greed, David, a Cottage Grove resident and registered Republican, said, “now corporations are more people than people.”

David’s comment alludes to the concept of “corporate personhood,” the idea that in legal terms, a corporation has some of the rights and responsibilities of a “natural person,” or a human being.

What does that mean? Essentially, corporations are treated like individuals - they can enter into contracts, sue and be sued, and are entitled to certain constitutional rights.

Senator Elizabeth Warren has introduced a new bill, which “starts from the premise that corporations that claim the legal rights of personhood should be legally required to accept the moral obligations of personhood.” Warren’s bill which seeks to address the problems that arise when corporations are solely focused on profit and generating returns for shareholders.

For large corporations – those with revenue over $1 billion – Warren’s bill requires that workers elect 40 percent of the membership of the board of directors. Wisconsin Senator Tammy Baldwin proposed something similar in April.

Warren’s bill has been met with fierce criticism from right-wing commentators.

At National Review, Kevin D. Williamson called it a “batty plan to nationalize everything.”

For one, Warren’s bill wouldn’t nationalize anything. But is it crazy to give workers representation on a corporation’s board of directors?

There’s at least one prominent example of a system that works well – Germany.

Germany uses a system called “codetermination,” where large companies are required to elect half of the board of directors by an employee vote. Instead of shareholders having sole say, workers have a powerful voice in how the company is run.

How well does this system work in Germany? One study found that German firms saw a 25 percent spike in productivity as they transitioned to codetermination.

While all of the European Union economies have grown since the 2008 recession, Germany has far outpaced other countries. 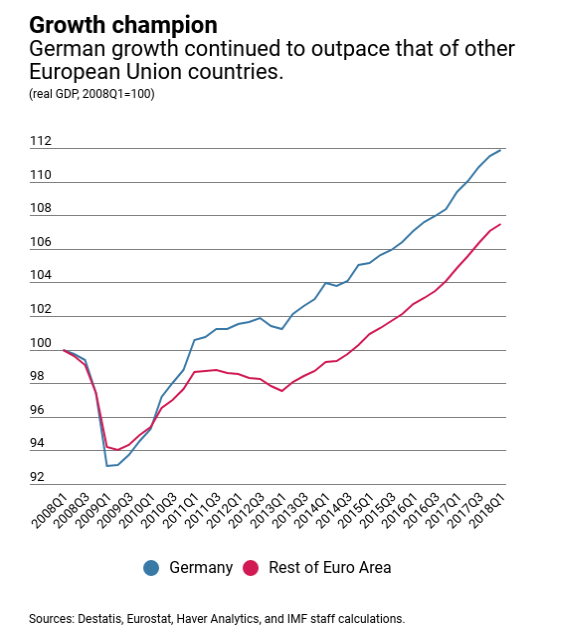 Aside from strong growth, Germany has much lower income inequality than the United States.

The chart below represents income inequality using something called the Gini coefficient. Imagine a scale from zero to one, where zero means that everyone has the same income, while one means that a single person has all the income. 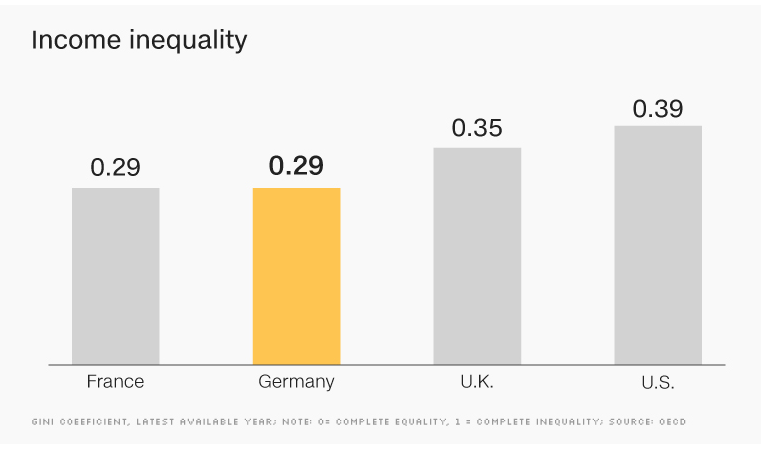 What this chart shows is that Germany has substantially less income inequality than the United States. It seems that giving workers a greater say in how companies are run has a host of positive effects on the economy.

Tim Walz is standing up for Minnesota families on education